Since 01.04.2016 Say Silver, a newcomer from Germany,
has his first album with 10 Songs released. The genres are
disco dance, electronic dance music & club sounds. 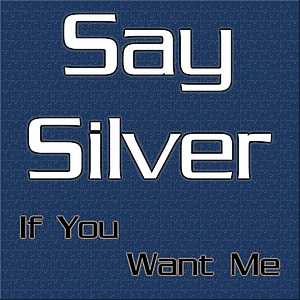 A new song was recordet together with Jay Walker (rap),
Charly Hotbutton (rap), Cayle One (rap) & DaSoul (singing)
in August 2015.

It is a German hiphop & rap track that was made
with a lot of passion and fun.

At Youtube (Link) you can listen to the song.

A lot more music will come in the future.

Now you can get the App of Black2Production & AHBeats Wenzel.

Infos and a lot of other things are shown.

The free App for Android mobile phones can be
download here or in the iTunes store.

Have a lot of fun with the App.

The song is available as download in numerous
on-line shops since 17th of March 2014.

You can listen to the song in the MUSIC section.

Have a lot of fun hearing it.

19.02.2014
DaSoul has recordet a new song together with B.K., a
female artist from Berlin Germany.

now with his new album

All infos on the german homepage: www.mister-mike.de

The new homepage from "Black2production & AHBeats Wenzel"
was uploaded on the 14th of January 2014.

A new attractive design with many new elements.

Also other music elements will be converted
into nice music & creative songs.

New projects will be attempt in the future.
Black2Production & AHBeats Wenzel